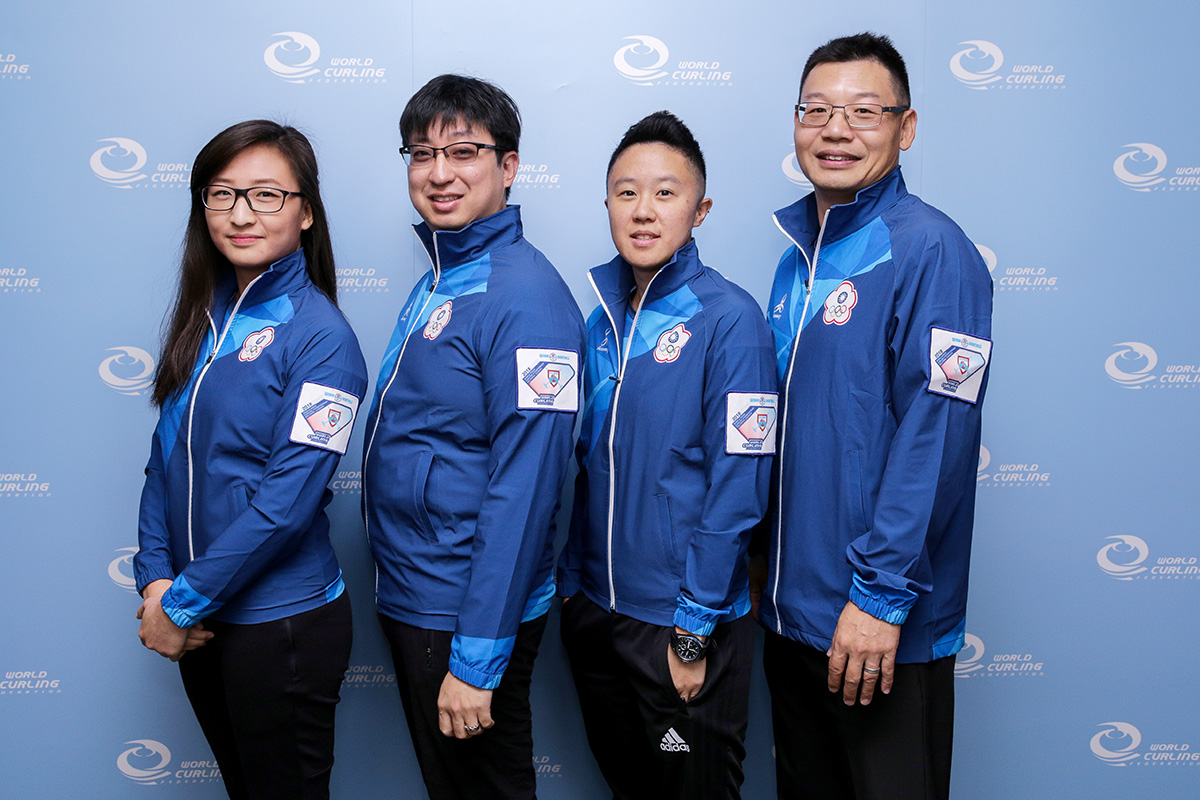 2018 World Mixed Curling Championships will open at Kelowna Curling Club in Kelowna, BC, Canada, on October 13th, 2018. It’s the first time that this event is held outside Europe. Taiwan will make its debut in this event, where veteran curlers Randie Shen and Nick Hsu join Heidi Lin and Amanda Chou to represent Team Chinese Taipei.

The rules for mixed curling are similar to men’s and women’s curling. Each team consists of 4 players, 2 male and 2 female. The male and female players must deliver stones alternately (M-F-M-F, or F-M-F-M). No alternate players are permitted. Each game plays 8 ends, and the thinking time is 30 minutes.

The Mixed Curling Championships opens to all WCF Member Associations. There are 35 teams this year, and they will be divided into 4 groups. Chinese Taipei is in the same group with Croatia, Czech Republic, Spain, Estonia, France, Latvia, Poland, and Sweden.

Below are times in Taiwan.

After round robins games, the top 12 teams will advance to the play-off.

Taiwan to debut in the World Mixed Doubles Curling Championships