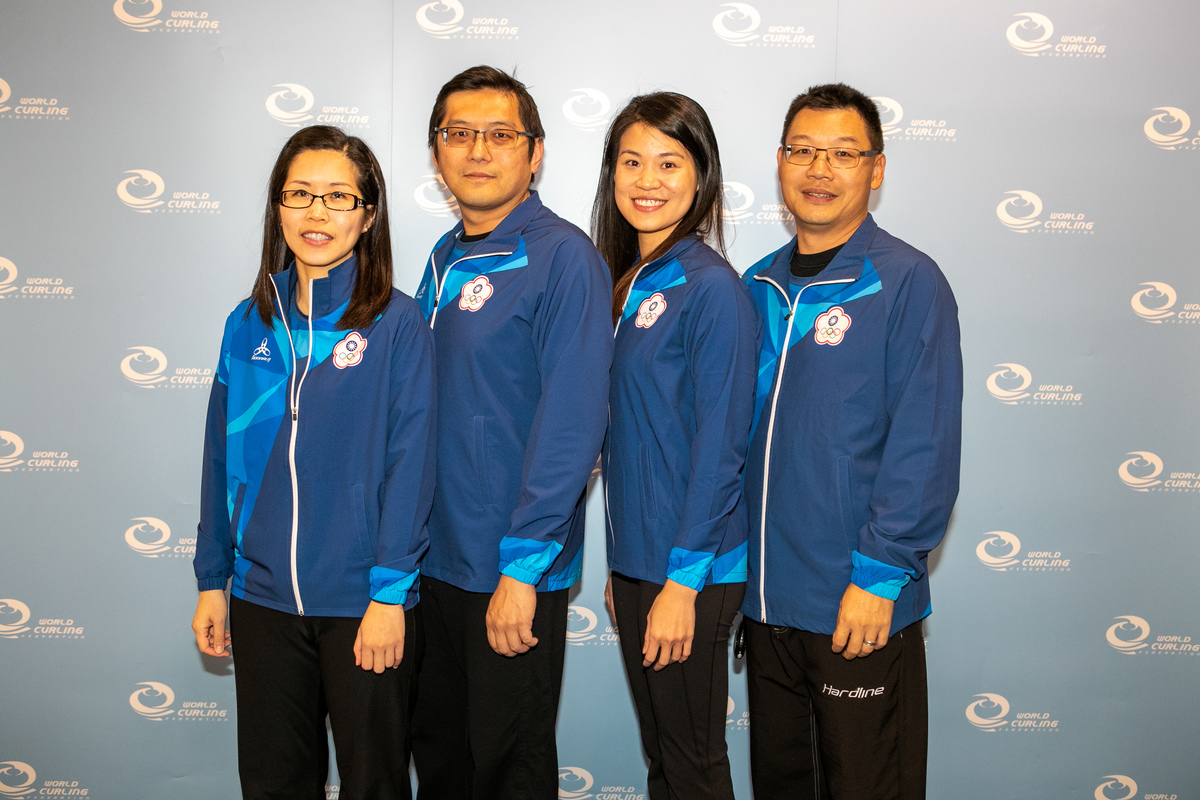 The World Mixed Curling Championship 2019 will open at Curl Aberdeen, Scotland, this weekend. Team Chinese Taipei competed in this event for the first time last year. Skipped by veteran curler Randie Shen, the team finished with 4-4 and ranked 25th overall. Shen will skip the team again this year with three rookies: Ko Yang (third), Ken Hsu (second), and Stephanie Lee (lead). While this is their first international appearance with Team Chinese Taipei, they are also on Chinese Taipei’s men’s team or women’s team this season. Both teams will compete in the Pacific-Asia Curling Championships 2019 in Shenzhen, China, next month.

A total of 40 teams from around the world will compete in the event this year. They will be divided into 5 groups and a single round-robin will be played in each group. The top 3 teams from each group and the 4th ranked team with the best DSC result, a total of 16 teams, will advance to the playoff. Team Chinese Taipei is in the group with Ireland, Italy, Japan, Luxembourg, Scotland, Slovenia, and Turkey. Here is their round-robin schedule (Taipei Time):

Taiwan to make its debut at 2018 World Mixed Curling Championships