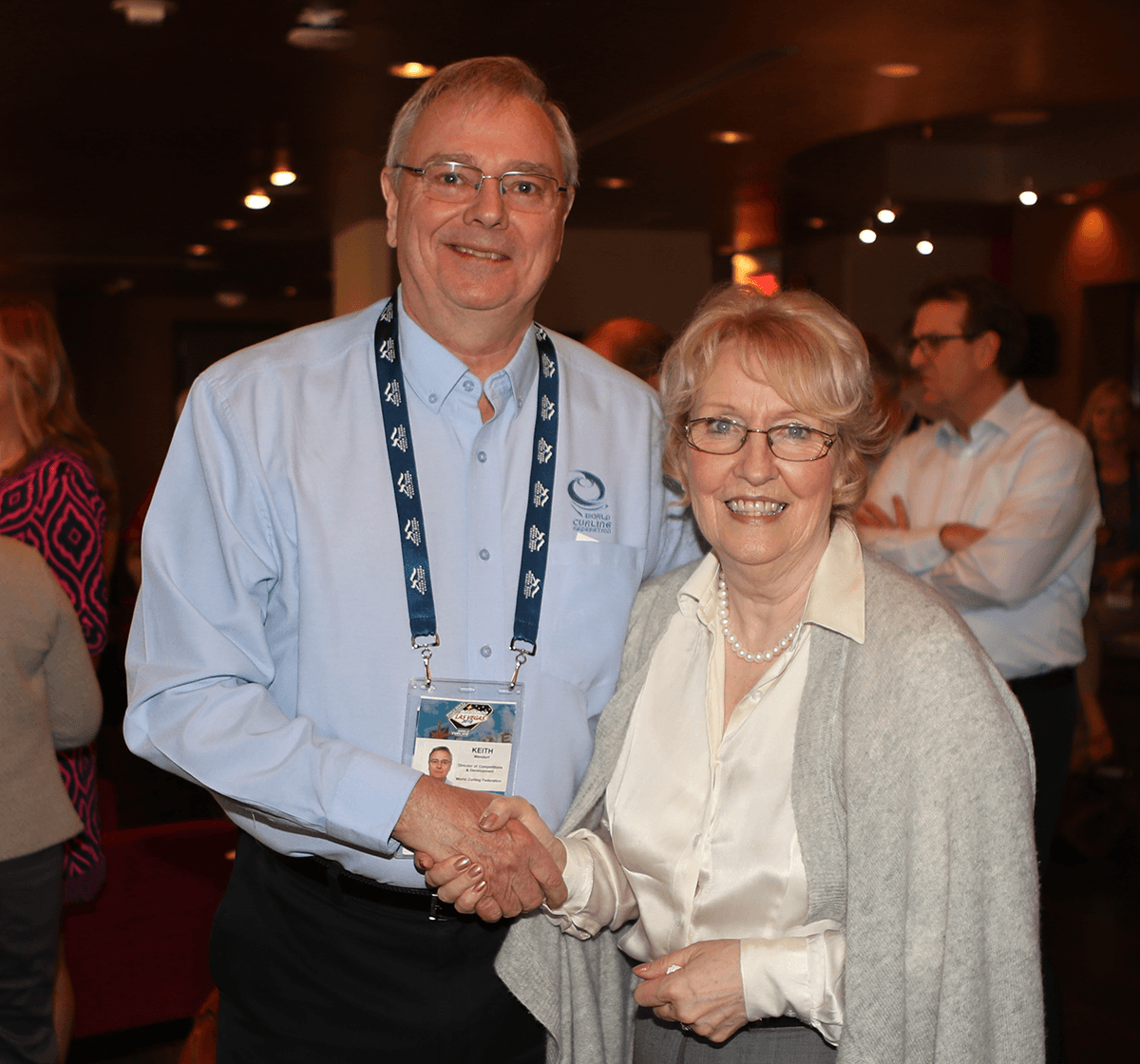 After a lifetime of involvement in curling and 17 years of working at the World Curling Federation (WCF), Keith Wendorf will be retiring at the end of June 2018. He is married to Susan Wendorf and currently resides in France. He is an avid collector of curling paraphernalia and has always been strongly promoting and developing the sport of curling.

“It is difficult to step down from what I consider one of the best jobs in the world,” said Keith. “I have not lost my love and passion for the sport. I just think the time is right to let others take over and make their own individual mark on the sport.”

Keith was born in East York (Toronto), Canada, on December 20, 1949. He began his participation in curling in 1966 at the high school level in New Brunswick. He would go on to graduate from the University of New Brunswick with a BA in 1972.He then moved to Germany and became the curling club manager/ice maker in Baden for 4 years and in Lahr for 17 years.

When Keith’s competitive curling career came to an end, he turned his attention to coaching and promoting the sport of curling. He was the National Curling Coach of Germany from 1994 to 2002. His coaching career was highlighted by 3 appearances at the Olympics games in 1992 (gold medal), 1998 and 2002. In addition, hefounded both the Fuessen, Germany Junior Curling Camp & Courses, which celebrates its 20th year this summer (2018), and the Prague Adult Curling Camp.

In 2002, Keith began pursuing a new opportunity at the World Curling Federation as the Director of Competitions and Development. During his tenure, he oversaw the development of a new Olympic Medal sport, which not only resulted in a significant growth of the sport and an increased number of new Member Associations but also enhanced the quality of WCF championships. Furthermore, Keith had served as the Chief Umpire at numerous events, including the 2006 Winter Olympic Games in Italy and the Pacific-Asia Curling Championships. He was a constant at many international competitions and as of March 2018, he had attended 213 events.

Being asked what accomplishment he was most proud of in his career, Keith responded, “[I’m most proud of] leaving a great and highly trained Curling Development Officer (CDO) team to carry on with the development of our sport.”

“Thank you to everyone involved in the sport in the many different areas,” said Keith. “Sharing time and experiences with everyone has been great.”

Thank you to Keith Wendorf for his years of dedication. We wish him all the best in his upcoming retirement.