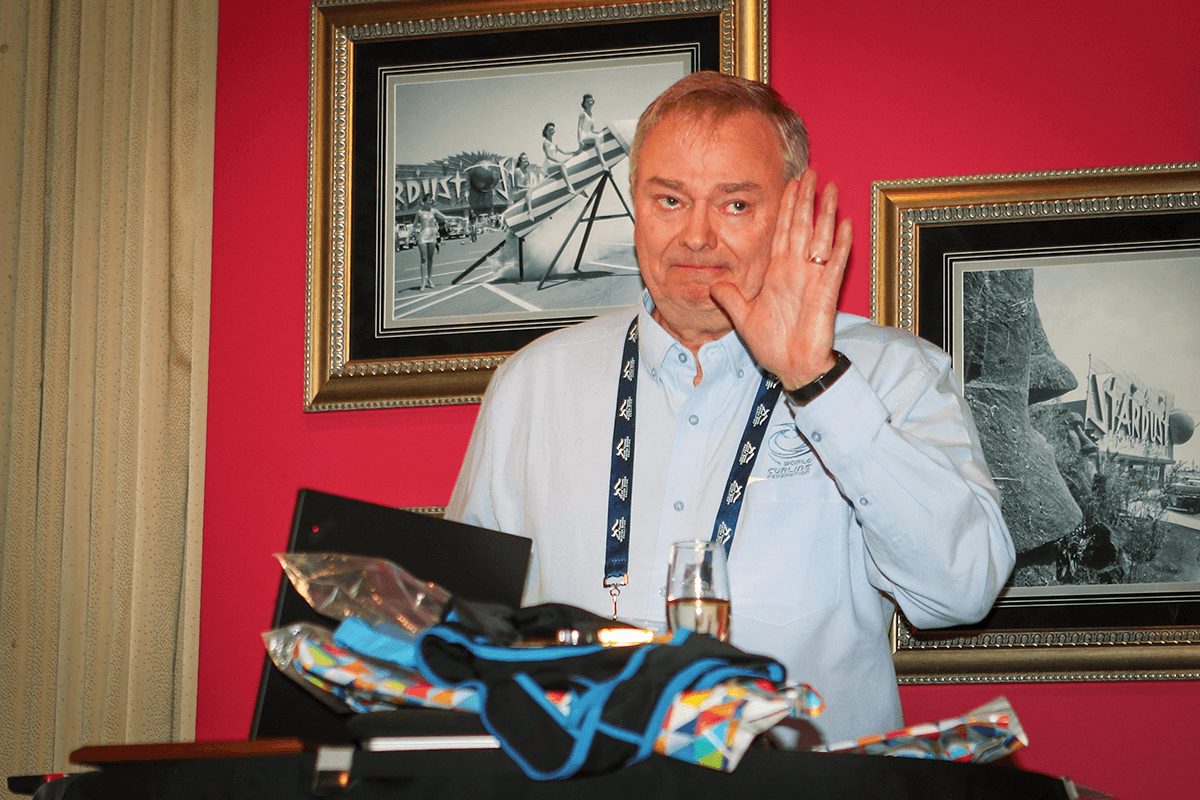 World Curling Federation’s Director of Competitions and Development, Keith Wendorf, is going to retire on July 1st, 2018, when the season 2017-2018 concludes. WCF held a farewell party for him during the Men’s World Curling Championships last week. On behalf of the Chinese Taipei Curling Federation (CTCF) and all Chinese Taipei curlers, our Vice President and Director of International Affairs also joined the party and expressed our gratitude for what Wendorf has done for the sport of curling.

WCF announced the successors to Wendorf in February. Because of rapid development of curling in recent years, Wendorf’s position will be split into two positions. WCF will promote two of their current Competition and Development Officers. Eeva Roethlisberger will be leading the Competition side, while Scott Arnold the Development side.